So, wait. Cannabis can make you thinner? It’s true. India Times was the first to expose the fact that cannabis...
Read More 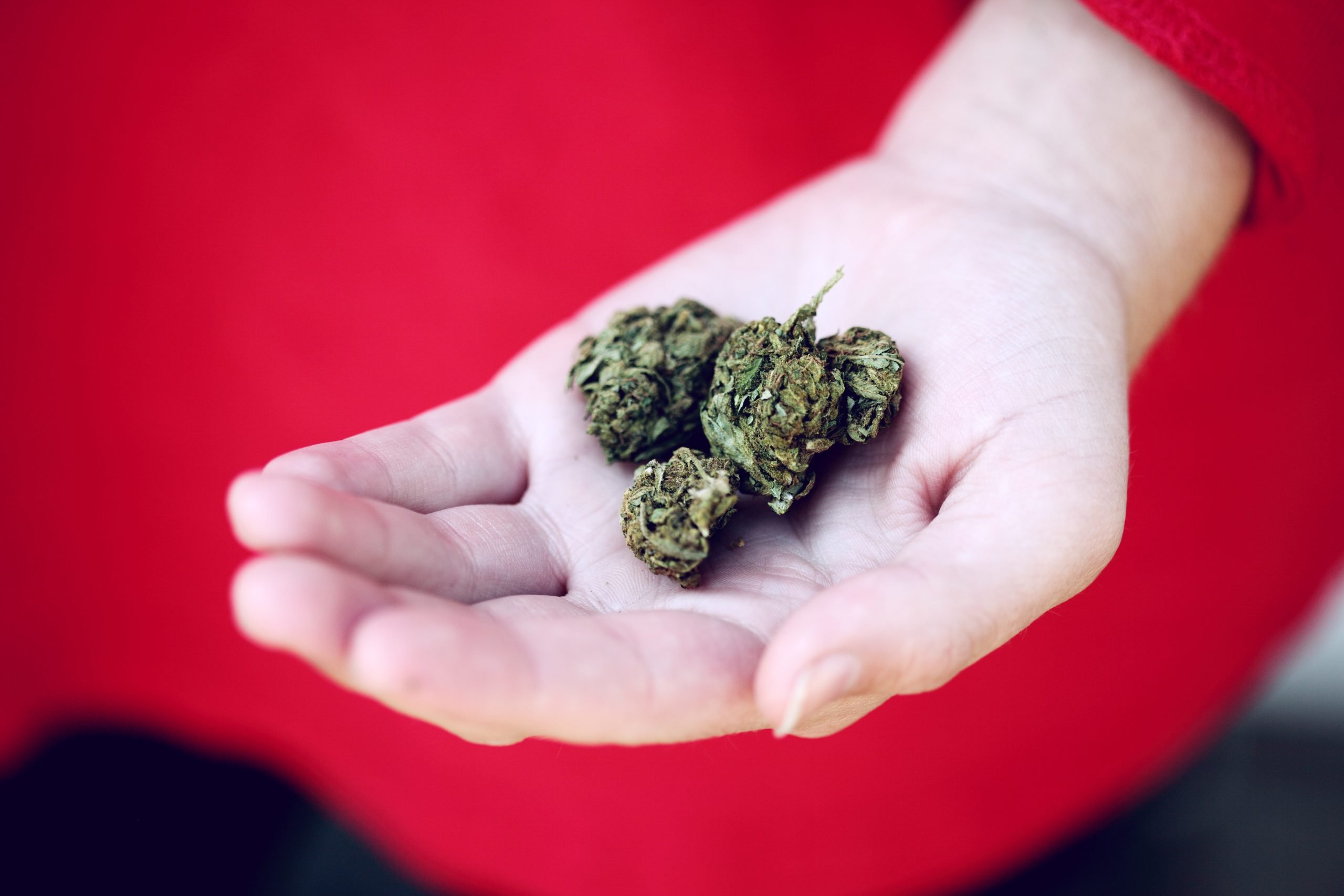 What is a Florida Medical Marijuana “License”? 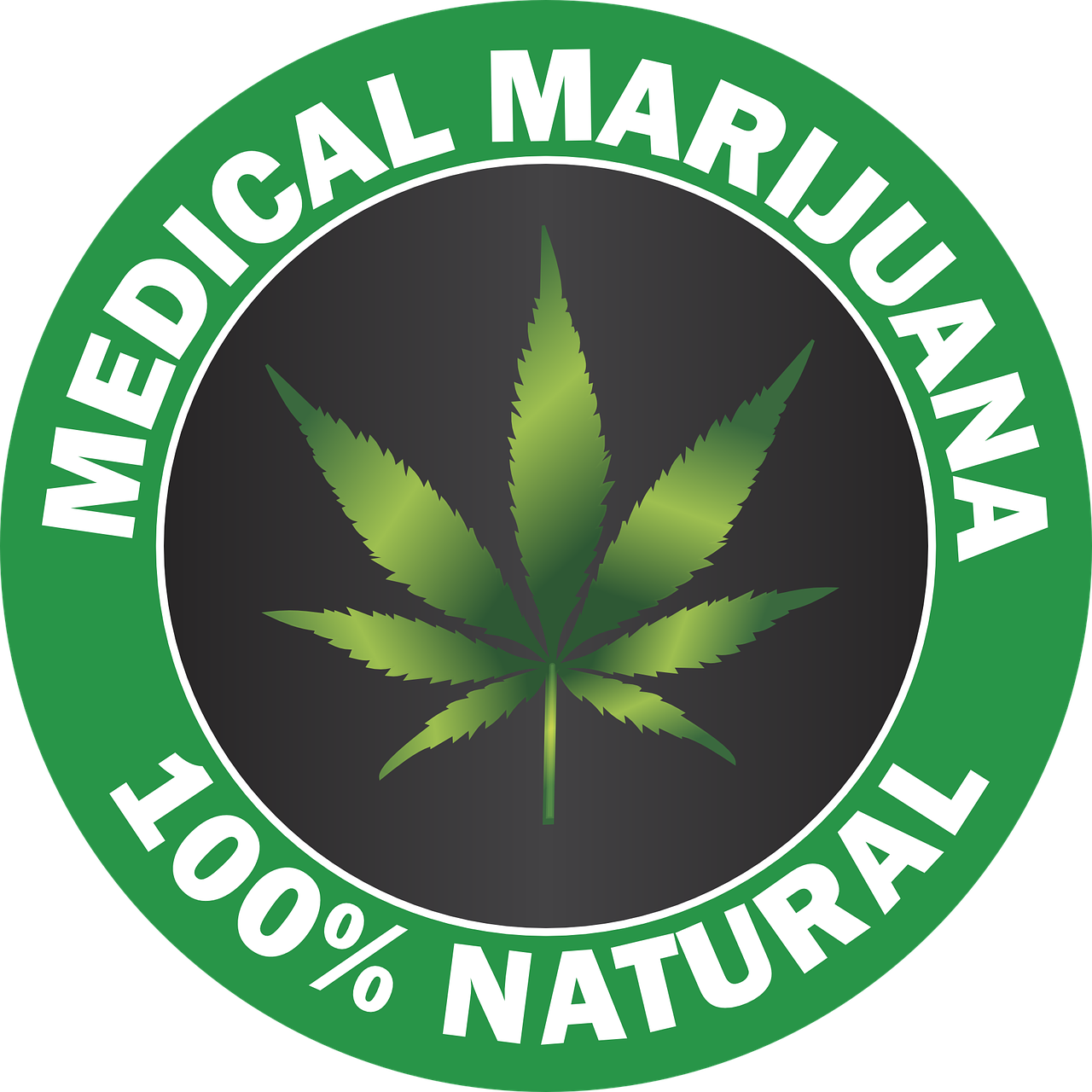 If you suffer from a terminal or debilitating condition, getting a medical marijuana card in Washington state could potentially provide...
Read More 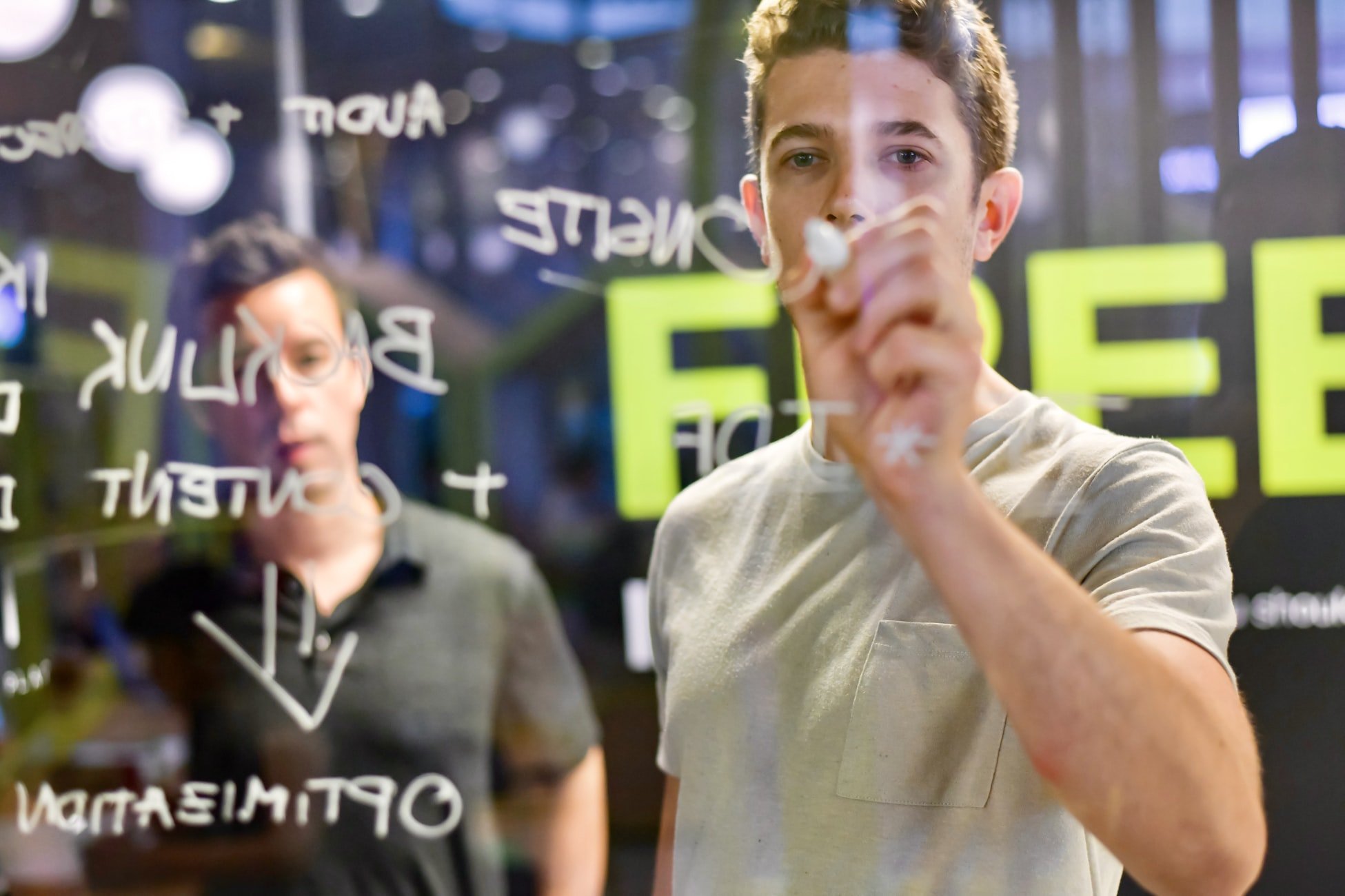 How to Boost Your Dispensary Marketing Strategy

Is your dispensary marketing strategy driving organic traffic to your website? While recreational and medical marijuana are being legalized in...
Read More

On November 6, 2012, Colorado passed an amendment to its state constitution, Amendment 64, that effectively legalized pot in the state. Governor John Hickenlooper signed it into law a month later, and the year 2013 was spent laying the groundwork and creating the legal infrastructure to launch the new recreational marijuana industry.

The first stores in Denver to sell legal pot for recreational use officially opened – with great fanfare and international media attention – on New Year’s Day, 2014. Now, for the first time, the impact of this bold and radical legislative change can be reviewed by examining data pertaining to an entire fiscal year.

Denver now issues licenses for retail marijuana stores, product manufacturing facilities, and cultivation and testing facilities – in addition to similar licenses for the medical marijuana industry. Incidentally, a retail marijuana store in Denver may not sell or give away anything that is not an actual marijuana product, so pot shops are prohibited from selling such things as cigarettes, alcohol beverages, or even nonalcoholic foods and drinks. That is in contrast, for example, to how it is done in Amsterdam, Holland, where pot shops also sell such things as orange juice, coffee, and tea.

Legal residents of Denver who are at least 21 years of age can buy and possess as much as an ounce of pot, whereas non-residents are restricted to just a quarter of an ounce. If you live in Denver you can grown as many as six marijuana plants at home, too, but only three of those can be in the flowering stage where TCH-infused buds are ready for harvesting. The plants also have to be in an enclosed and locked space, regardless of whether they are cultivated indoors or outside.

While it is perfectly legal to grow your own pot, however, you cannot sell your homegrown pot. To sell marijuana you have to have the appropriate license, agree to government inspections, and follow a number of other laws and industry regulations. Applications are made – and rules are enforced – through agencies such as the Denver Business Licensing Center and the Denver Health Department’s inspection division. All marijuana-infused food operations, for example, must have a specific Denver MIP (Marijuana Infused Products) license.

While the issue of marijuana legalization remains controversial, the fact that Denver’s economy has benefited from it is undeniable. Within the first year of legalization, more than 16,000 occupational licenses were issued for jobs directly related to the pot industry, a particularly significant statistic as the United States struggled to overcome high unemployment.

Meanwhile, the U.S. Bureau of Labor Statistics reported that Denver’s unemployment rate plummeted from 10.8 percent in 2010 and 9.3 percent in 2012 to only 3.9 percent in October of 2014. That was a shrinkage of nearly seven percent in less than four years. By contrast, the national jobless rate during that same timeframe fell from 9.8 percent to 5.8 percent – a drop of only four percentage points. Denver’s economy, in other words, appears to be doing at least 30 percent better than nation as a whole now that marijuana is leading the way to fuel its economic rebound.

A survey of marijuana outlets in Denver revealed that each of these businesses typically serves between 100 and 300 customers per day, ringing up sales that average $75 per transaction.  Business Insider Magazine rated Colorado the fastest growing economy in the nation, and Denver was also named  “a top real estate market to watch” as the bright economic outlook became a magnet for permanent migration from other states.

Colorado tax, licensing, and fee revenues from the marijuana industry brought in more than $60 million last year. Significantly, Denver County itself accounted for over 50 percent of all medicinal and recreational marijuana related sales tax revenue.

One marijuana company based in Denver was studied by researchers within the business school at the University of Denver. The local CBS television news outlet subsequently reported that the stores owned and operated by that one business were forecast to generate annual sales of more than $11 million and about $1.5 million in state and local taxes. That is about 800 percent more tax revenues than comparable businesses in other industries generate.

That same University of Colorado business school study revealed that the marijuana company it researched created almost 300 direct or indirect employment opportunities in areas such as working in the retail locations or in secondary roles such as packaging, accounting, and security. The companies workers also enjoy an average hourly wage of $17 plus benefits like having half of their health care paid for and receiving regular paid vacations.

The total impact from that one company was estimated to be around $30 million. But similar stories can be heard all over Denver. The types of direct job opportunities available in the industry include so-called “budtenders,” which are the marijuana shop equivalent of baristas or bartenders, managers, plant growers, and plant trimmers. Many of these in-store workers start off at salaries in excess of $10 an hour, and within the first year of employment lots of them received promotions and saw their salaries rise by 50-100 percent.

According to data published by the Colorado Department of Labor and Employment, employment within the pot industry grew by double digits during the first months of 2014, compared to the last quarter of 2013. Within the first six months of 2014 the number of people licensed to work with marijuana plants in some capacity or another also surged to nearly 12,000. To put that into perspective, that is almost equal to the number of automotive technicians or mechanics in Colorado. The annual demand for pot across Colorado is now more 130 metric tons, too, and many growers who farm this cash crop live in and around the Denver area. They, in turn contribute to the economy by hiring and spending.

Supporting Other Industries and Professions

Plus, as reported by Bloomberg News, many marijuana entrepreneurs are sharing the wealth by adding valuable jobs and rewarding employees with attractive benefits and salary increases. The Bureau of Labor Statistics does not yet have data compiled for 2014, so hard numbers related to the marijuana trade are difficult to calculate.

But NBC News reported that one security guard company that opened up in Denver last year had landed dozens of contracts to guard pot dispensaries and was adding about one new client per day – while charging fees of $5,000 to $15,000 per month. Similarly, there are professionals hired to work for marijuana businesses such as attorneys, bookkeepers and accountants, advertising agencies, insurance companies, and even culinary professionals to make a variety of edible marijuana concoctions.

The banking industry does not yet participate in the marijuana trade because that would be illegal due to federal laws controlling federally-regulated banks. But a new marijuana industry credit union has also been granted a state charter, and is awaiting approval from the Federal Reserve. If that financial institution opens for business it will immediately mean more jobs in Denver, and the credit union will likely open multiple branches in the city as it expands its footprint throughout the state.

Across the state of Colorado, tourists or out-of-state visitors account for almost six percent of total marijuana sales. But in mountain resort communities 90 percent of recreational pot sales are to non-residents. But increased numbers of tourists coming to explore the pot culture also triggers across-the-board spending as those visitors purchase lodging, transportation, meals, and more. Denver opened its doors to more than 14 million visitors over the past year, for example, and the Mile High City broke a record for tourist revenue, bringing in more than $4 billion.

The Denver Post’s publication Cannabist did, however, report on one cautionary tale for tourists. Some of Denver’s leading hotels – which have strict nonsmoking rules – have discovered that people sometimes buy pot locally and then retire to their rooms to smoke it. That can lead to fines of as much as $200 tacked on to their hotel bills, however, although these kinds of violations are the exception, not the norm. After all, nearly half of all recreational marijuana imbibed in Denver is the edible variety.

Causes for Concern to Health and Safety

Unfortunately, edible marijuana has resulted in as much as a tenfold spike in the number of people going to Denver area emergency rooms. The THC in legal marijuana is often stronger and more potent than users expect, and those who take edible pot often miscalculate how much THC is in the items they consume. A single marijuana brownie, for instance, may contain enough pot to intoxicate several people. But oftentimes people will eat edible cannabis and ingest much more THC than they can handle.

As a result, state regulators have rolled out some incentive programs that reward those who make these edible products if they create items that have lower levels of THC or are more compatible as single servings. The ways those incentives work is that products containing more than 10 milligrams of THC are subjected to greater regulatory oversight and stricter labeling standards.

One area that was cause for concern was crime. Some predicted that legalization was reduce crimes related to black market marijuana sales, but that roadways would become more dangerous because of pot-impaired stoners behind the wheel. Denver’s violent crime rates did noticeably decline, however, during the first 11 months of 2014, and the number of Colorado highway traffic fatalities also fell.

A member of the prestigious Brookings Institution in Washington, D.C. was cited in the Denver Post recently, explaining how experiments like the one underway in Denver will have an impact that forces the black market trade for marijuana to make significant adjustments. While illicit trade will certainly continue for the foreseeable future, legalization can be expected to shrink the volume and profitability of the marijuana black market – which will also have a similar impact on the crime syndicates that traffic in illegal pot.

The Brookings Institution also noted in a report published last summer than legalization of marijuana has had a measurable positive effect on the job market for young, recent graduates. That’s at a time when the career outlook for many college grads is dismal, and will likely influence more young, educated professionals to move to Denver to participate in the retail or agricultural side of the market.

Farming pot around Denver can be a lucrative enterprise. While it can be difficult and sometimes extraordinarily expensive to launch a retail marijuana shop, it is possible to secure all the licenses and official credentials to grow weed by investing around $10,000. A prolific grower can earn that back quickly, and marijuana as a cash crop is a very attractive venture in and around Denver. Later in 2015 the first big harvest will come in, and then it will be possible to accurately quantify the overall economic impact – and the effect on pricing from supply and demand – of locally-sourced marijuana.

Another change that could impact the industry in Denver is that starting next year more licenses to sell pot may be available from the city. But at least until January of 2016, only those entities that were already operating medical marijuana facilities like shops and cultivation facilities are eligible to apply for a retail marijuana license. They can either convert their business to a recreational retail enterprise or they can apply for a recreational shop license in addition to running their existing medical marijuana dispensary. Regardless of whether more licenses are made available to newcomers to the industry, it is unlikely that this issue will have a significant impact on overall Denver pot sales. The city will want to regulate the number of outlets to keep it manageable.