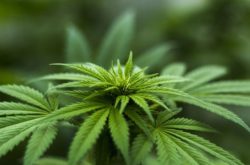 Human bodies include the so called endocannabinoid system(ECS) a biological system of receptors that interact with cannabinoids. Cannabinoids are chemical compounds that act on cannabinoid receptors affecting our organisms’ health. They have among others anti-seizure, anti-inflammatory, anti-nausea, and anti-cancer effects and help our body maintain stability and health. It is the combinations of these natural chemicals that produce the medical effects of the great plant of cannabis. They ways these compounds work together is known as the entourage effect – the cannabinoids work better as a team than they do alone. There are over a hundred of Cannabinoids and Science has just started exploring their properties and functions.

Here’s a list of the compounds we know better until know:

We start our list with the most famous Cannabinoid. THC is the main psychoactive constituent of cannabis.. THC acts as a partial agonist at the CB1 and CB2 receptors and  stimulates cells in the brain to release dopamine, creating euphoria. Thc has been proven to have analgesic properties, and Science has shown that acts as an antioxidant also.

THCA is the main constituent in raw cannabis and is the acidic parent of THC found in the raw cannabis plant. THCA is non-psychoactive and reduces nausea, seizures and muscle spasms.  But THCA converts to Δ9-THC when exposed to heat, sunlight. So, THC begins as THCA.

THCA  and some other acidic cannabinoids offer cannabis’ its anti-inflammatory effects.

CBD has become the super star of Cannabinoids lately because of its great  medical potential. The FDA recently approved the first ever CBD-based drug for seizures. CBD has the ability to treat pain, nausea, anxiety, sleep disorders. CBD acts as an antagonist at both the CB1 and CB2 receptors. The fact that CBD provides the health benefits without the effects of psychoactivity  made it easy to find its way to the markets as a legal substance.

Cannabidiolic Acid is the acidic parent of CBD found in raw plant. CBDA converts to CBD when it is exposed to heat, sunlight, or time. CBDA is non-psychoactive. reduces nausea, and gas an anti inflammatory effect. Preclinical studies show that CBDA has an antiemetic effect also.and helps with the side effects of chemotherapy.

We would say that is a  breakdown product of THC. CBN has anti-asthmatic, anti-inflammatory, and sedative properties and helps sleep, reduces pain and muscle spasms. When cannabis ages, THC slowly converts to CBN.

Cannabigerolic acid is  the precursor molecule that turns into THCA, CBCA. and CBDA as the cannabis plant develops, so it is found only in small amounts in the mature plant. CBGA converts to CBG with exposure to air and light. CBGA reduces inflammation and relieves pain.

Cannabigerol (CBG) is another non-psychoactive cannabinoid, with an antibacterial effect. It also plays a role as an antidepressant, a muscle relaxant, and as a blood pressure reducer

and promotes bone growth. It’s also known for treating glaucoma and has a neuroprotectant function.

Cannabichromene is most frequently found in tropical cannabis varieties and has pain reducing, antibiotic, antifungal effects. It is known to relieve pain, reduce inflammation and inhibit cell growth in tumor/cancer cells. CBC helps to increase the body’s levels of natural endocannabinoids. That is the reason many scientists believe that CBC may have a great impact l against cancer. Additionally CBC has also been shown to be an inhibitor of acne.

Tetrahydrocannabivarin is a cannabinoid found only is a few strains and does have psychoactive properties, but  less than THC. There is a small but crucial structural difference between THCV and THC that causes THCV to produce different effects.  THCV reduces anxiety and panic attacks, has an antiseizure effect, suppresses the appetite and can aid weight loss.

CBDV differs from CBD structurally.and its research is still in its early stages.

Cannabidivarin is a less potent version of CBD. recent studies have shown that it can be used in the management of epilepsy.  The CBDV molecule is similar to CBD but has been changed in some ways. CBDV is an anti-nausea and anti-epileptic.and a powerful anticonvulsant.