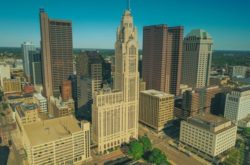 Although the possession and use of marijuana is illegal in the United States under federal law, many states are now decriminalising the plant for medical and recreational use. The wave began in 2012 when Colorado and Washington became the first states to legalize cannabis for recreational use. Ever since, other states have joined the train in legalizing weed, bringing the current number to 10 states plus D.C.

In June 2016, cannabis became legal in Ohio for medical use after Governor John Kasich signed the House Bill into law. Almost three years after the partial legalization, medical marijuana sales have finally started on Wednesday, January 16, eradicating the era where Ohioans have to wait for relief.

However, the current number of dispensaries opened for business in Ohio is a far cry from what many Ohioans expected as the state, which can license up to 60 dispensaries, had issued 56 provisional licenses to retail businesses in 2018.

The situation is not any different when it comes to the growers and processors who are critical players in the marijuana supply chain. Although the state provisionally licensed 29 cultivators, only 14 have received certificates of operations. Similarly, of the five testing labs that received operational licenses, just two have been cleared for operation.

The effects of the current number of cultivators, testing labs and dispensaries on the market in Ohio

According to Ohio law, only patients with the following medical conditions are allowed to buy and use marijuana, provided it is recommended by a physician.

In December, the State launched a patient registry which has seen over 4,000 patients complete the registration process. The huge demand coupled with the low number of growers, processors and dispensaries has created two major challenges for patients.

Patients who hope to buy marijuana-infused products (like oils, lotions, edibles, tinctures and patches) may be disappointed as the dispensary shelves are currently stocked with dried flower or bud. The dried flower comprise 10 strains grown by a few cultivators, and until processors come online, patients in the state will have to make do with what’s available.

Many patients report that marijuana and its processed products in the dispensaries are expensive as an ounce of the dried flower goes for about $500 while other patients pay $50 for 2.83 gram unit of the flower. The high prices have pushed many patients to travel to Michigan while others resort to buying illicit cannabis which sells for $250 to $300 per ounce.

While Ohio has taken a big step by legalizing marijuana for medical use, there’s more work to do to make the products more affordable and available to the teeming patients. In sum, more cultivators, processors and dispensaries must to be established in order for Ohio patients to obtain the full benefits of medical marijuana.

If you are looking for an Marijuana Doctor in Ohio make sure it is going to be someone you trust.