Marijuana Laws in Denver and Colorado 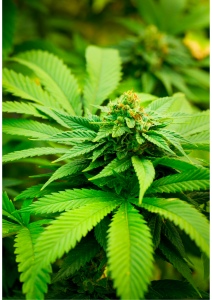 In November of 2012, the recreational use of marijuana was legalized for adults via a 55% majority vote on the initiative ballot dubbed Amendment 64. This amendment specifically allows for the “personal use and regulation of marijuana for adults”. Commercial cultivation, sale, and manufacturing also fall under this umbrella. However, Colorado state has not completely decriminalized marijuana possession and use, as there are still strict laws in place that can result in multi-thousand dollar fines, lengthy prison sentences upwards of 10 years, and felony charges.

The laws concerning marijuana in Colorado are generally similar to the laws concerning alcohol. However, since marijuana legalization is a point of contention, there are a number of guidelines and restrictions upon its use, possession, and distribution that aren’t on other common substances. Below are the specific limitations placed on marijuana use in Colorado that could be easily missed.

Marijuana is legal to distribute, sell, cultivate, and possess in the state of Colorado. However, if you possess over a certain amount, possession charges still do apply. If you have less than one ounce of marijuana, there is no penalty or fine. If you have between one and 2 ounces, it counts as a petty offense and you may be subject to a fine of 100 dollars. If you are publicly displaying or using less than 2 ounces of marijuana, it can result in 15 days detention and a $100 fine. Above 2 ounces is where the penalties increase. Possession between 2-6 ounces is a 1 year sentence, a $1,000 fine, and a misdemeanor. Between 6-12 ounces is an 18 month sentence, a $10,000 fine, and a misdemeanor charge. And finally, 12 ounces or more is a felony charge, a $100,000 fine, and a 1 to 1 ½ year detention.

Possession of Hash and Other Concentrates

Being caught with one ounce or less of hash carries no penalty and no fine. Between 1 and 3 ounces of hash is a misdemeanor that can result in a 6 to 18 month prison sentence and a $5,000 fine. Above 3 ounces is a felony, which results in a $100,000 fine and a minimum 1-year prison sentence.

Worth mentioning is that the laws of Colorado only apply in Colorado. It is illegal to transport marijuana out of the state. You don’t have to worry about criminal charges for having marijuana in your car in Colorado, but you certainly do if you were stopped in another state. And, it is possible that the fact that you were transporting drugs could lead to a more severe charge (for distribution of narcotics, for example). If you are stopped on an interstate highway, it is possible that federal laws could come into play, which can carry even harsher penalties.

If you are leaving Colorado on the roads or at an airport, you have to leave the weed behind.

Medicinal marijuana use is legal in the state of Colorado. However, in order to qualify for medical marijuana use, you must be diagnosed by a physician for one of the following conditions.

If you have been formally diagnosed by a physician to have one of the aforementioned conditions, you are still subject to the same penalties and restrictions as a recreational marijuana user. You may only possess AT MOST 2 ounces of usable marijuana. This includes hash and marijuana that has already been smoked. You are also allowed to cultivate up to six marijuana plants at one time on your private premises. There are also a few active medical marijuana dispensaries across the state that are obviously exempt from the possession, cultivation, and distribution laws.

The sale and distribution of marijuana is also legal in Colorado. In order to avoid a felony charge, the amount carried must not exceed the 1-ounce limit (or 2 if you’re allowed medically). If one is caught with marijuana with the intent to distribute, the penalties are more severe than if you had no intent of distribution.

Cultivation of marijuana is completely legal if kept small scale. However, if the amount of cannabis plants present exceeds six, it is an automatic felony. The sentence is between 2 and 6 years, and a $500,000 dollar fine is issued.

In order to be considered impaired, your THC blood levels must be at or higher than 5 nanograms per milliliter of blood. Even if you’re a licensed medical marijuana user, you aren’t exempt from this law. You do have the option of refusing the drug test, but this will result in your license being revoked. Your license is revoked 1 year for the first time, two years for the second time, and 3 years for every subsequent refusal thereafter. Sobriety checkpoints, while usually used to catch drunk drivers, can be used to catch cannabis users as well.

For the first DUI or habitual user offense, you may be imprisoned for a mandatory minimum of five days, but not exceeding one year as well as a fine of $600 to $1000. You also may be subjected to 48 to 96 hours of community service and a probationary period of two years.

For a DWAI (Driving While Ability Impaired) the sentences are more severe. You will be detained for a mandatory minimum of 2 days, but not exceeding 3 months as well as a fine of between $200 and $500. You may also be subjected to 24 to 48 hours of community service. For the second offense of either a DUI or a DWAI there is no distinction. Upon being charged, you will be detained for a minimum of 10 days to a year, a fine of $600 to $1,500 and 24 to 120 hours of community service. There is also a probationary period of 2 years. For the third and every subsequent offense thereafter, you will be imprisoned for a minimum of 2 months to a calendar year, a mandatory course in alcohol and drug driving safety treatment, 48 to 120 hours of community service, and a 2-year probationary period.

The possession of paraphernalia is unlikely to cause much trouble. In fact, most police will simply ignore it if no marijuana is found on hand. However, keep in mind that it still counts as a petty offense and there is the possibility of a $100 fine.

You are not allowed to consume marijuana in public including transportation facilities, schools, amusement parks, parks, playgrounds, sidewalks, roads, and outdoor and rooftop cafes. It is also illegal to smoke at bars, restaurants and common areas in buildings.