05Oct 2015 by Jennifer Irvin No Comments 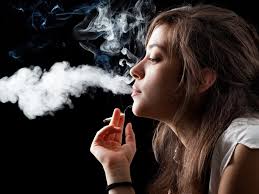 Are you looking for love? More specifically, are you looking for a love who doesn’t mind that you smoke marijuana, or even better—one who will partake with you whenever and wherever? After all, there are a lot of pot smokers in this world—158.8 million to be exact, according to the United Nations. That’s almost 4% of the Earth’s population. So it can’t be that difficult to find The One who is marijuana-friendly, can it?

It turns out that it can be extremely difficult to “weed” out the anti-marijuana daters from the ones who will gladly toke up with you on a date or anywhere else. Single pot smokers—especially the ones who are honest and upfront about their marijuana use—find the dating scene disheartening and inconsistent. Even if you live in a state where medical and recreational use is legal, there continues to be singles in the dating pool that are totally against marijuana, no matter what.

Many singles go out with others who seem like they are promising prospects—until their date declares over dessert that they don’t believe in marijuana use or are dead against pot. Should you send this date off to the land of People I Wish I Hadn’t Gone With? Or should you take them home and just wait and see in the morning if they change their mind? (The latter is NEVER a good idea, by the way.)

For all the single marijuana lovers out there who are searching for their true love, take the following tips in mind:

Don’t date someone who doesn’t smoke pot. I know that sounds harsh, but this advice will save you countless dates as well as valuable time and energy. Whether they are totally against marijuana and think it’s a gateway drug or they simply don’t smoke at all, their preference and beliefs will mostly certainly get in the way. This is especially true for those who smoke every day. If marijuana is part of your daily lifestyle, chances are good that this will clash with the non-smoker sooner or later.

Be honest and upfront about your marijuana use. If pot is part of your daily life, find a way to casually let a prospective date know before things get hot and heavy. If you partake only on the weekends, it’s still a good idea to find out their opinion about marijuana before you go out with them. And don’t wait until the next morning when you wake up next to your date and do a wake and bake to find out their opinion about pot use. Find out ahead of time. If they are against your natural medicine/recreational plant, they probably are not relationship material.

Find like-minded people to date. Haven’t met the perfect date at your dispensary? There are places to mingle with single pot-smokers, but most likely it won’t be in public unless it’s at a show. Private pot clubs have opened in Denver but were ultimately raided and closed down by city officials. The Campaign for Limited Social Cannabis Use launched a petition drive to qualify an initiative for the November 2015 ballot in Denver, and they succeeded. The initiative would let private businesses allow adult marijuana consumption in areas that are only accessible to people 21 and older and not viewable by the public. However, according to their website, the campaign was formally withdrawn the ballot initiative to “work with Denver civic and business leaders who acknowledge the need to address this issue and have committed to work with us to develop a social cannabis use law that reflects the interest and concerns of all parties.”

Online dating might sound cliché and outdated nowadays, but the good ol’ Internet is still a good way to meet pot smokers like you. There are multiple legit 420 dating sites around: My 420 Mate, Stoner Singles, Singles 420, and Cupid 420 are just a few of the dating sites that are pro-pot. At least you’ll know right off the bat that prospects on these sites are cool with marijuana use!

While there are many singles in the dating pool that won’t date a pot smoker, there are also many non-smokers who would be fine with dating a marijuana toker as long as they can function and still be motivated in everyday life. But as stated earlier, honesty right off the bat is the best policy when it comes to disclosing marijuana use. Take it from someone who already knows!