The Seventieth General Assembly of the Colorado legislature has been busy. Very busy. Both the Colorado Senate and House of Representatives pushed highly publicized bills to the Governor’s desk for approval before the May 6 end of session deadline.

Most pieces of legislation were quickly approved by Governor Hickenlooper. Others – like the bill potentially eliminating red light cameras – were quickly vetoed, much to the chagrin of the masses. Still other bills were inexplicably killed on either the House or Senate floor, awaiting another year before the possibility of change. The rain barrel collection amendment to the Colorado constitution being the largest.

Marijuana regulation and enforcement is no exception.

Without a history of law-making when it comes to marijuana, regulation and enforcement bills and amendments to the Colorado Constitution can come hard and fast, many times being a necessary knee-jerk reaction to real-life situations and concerns.

Governor Hickenlooper has remained focused on setting the national precedent of recreational and medical marijuana regulation by remaining vigilant to the marijuana issue, and the legislation the issue requires.

At the writing of this article, Gov. Hickenlooper has signed seven pieces of marijuana legislation into law while only vetoing one, with two pieces of legislation remaining on the Governor’s desk to be reviewed soon.

In the end, it could be the minority of vetoed and yet-to-be signed legislation that has a greater impact on Coloradans as a whole. Here’s why:

Like any complex societal issue, there are many nooks and crannies to be sought out by regulation. In the recreational marijuana sector, one such nook that’s gone overlooked is edible marijuana regulation. More specifically, the labeling of this particular marijuana niche’s packaging.

Senate Bill 15-136 would have required recreational and medical marijuana dispensaries to sell only products re-labeled in accordance with the bill beginning Sept. 1, 2015. 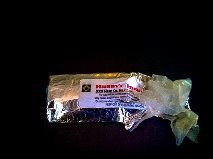 It is already law that no one single piece of edible marijuana can exceed 10mg THC concentration. The vetoed SB 136 would have further regulated each edible marijuana piece by requiring warning labels regarding expiration date, ingredient list, and warnings akin to those seen on alcohol labels. You can read the full list of what edible marijuana would have been required to put on every label, here. As a warning of our own: it’s a long list.

Currently (and due to the Gubernatorial veto), edible marijuana packaging is not required to have any warning label system, whatsoever. This creates the potential for misuse. Without a large, red warning label, children are not discouraged to stay away, rather only seeing a tasty, harmless baked good sitting on the counter.

Furthermore, the lack of emergency contact information on edible marijuana labels could lead to hospitals unnecessarily filling up with overdosed adults.

It is likely a similar bill will be proposed in the Second Regular Session beginning in Jan., 2016 since the potential for major public health issues when it comes to edible marijuana is very high, and very highly publicized.

Be on the lookout for Gov. Hickenlooper to sign this bill into law at any time, now.

The second bill awaiting the Governor’s signature should also be considered a slam dunk to pass. HB 260 seeks to regulate product testing of medical marijuana in the approximately same manner as retail marijuana.

The bill is set to take effect July 1 of next year. It would be some time afterwards before the reference library was complete, leaving some medical marijuana product companies in temporary limbo. While this may cause an uptick in inappropriate medical marijuana testing while the reference library is being completed, it is unlikely since much of the work done to create the library can be basically copy-pasted from the retail side.

You can find more information on some of the legislation passed here, with a complete list of all legislation from the First Regular Session of the Seventieth General Assembly signed into law, here.

One thought on “Marijuana Bills Rejected in 2015”