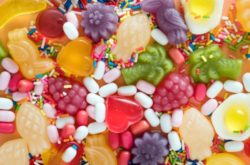 It has been more than half a year since Canadians can legally enjoy both recreational and medical cannabis products. So far edibles have been left on the prohibited substances list, but according to the government, this shouldn’t last longer than until October 17th, 2019. With the Canadian legalization of cannabis edibles on the horizon, and the U.S. planning a nation-wide lift of marijuana ban, numerous enterprises develop their operations to leverage the opportunities of the new market.

Canopy Growth Corporation (CGC) is a true behemoth in the cannabis industry. With a market cap of $16.5 billion, Canopy outpaces its closest competitor by nearly 80%. With growing capacity getting close to 500 tons per year and gross sales composing about 3/4 of total legal cannabis-related revenue in North America, Canopy is a tough rival.

The company has been seeing a lot of positive uplift since last August, when it has announced a partnership with Constellation Brands, Inc. (STZ). The beverage giant will be taking up to 50% of Canopy’s shares for a $4 billion, marking the biggest cannabis investment to date.

With sales of alcohol and soft drinks declining, Constellation aims to use this new partnership to rejuvenate the market by offering beers infused with cannabis extracts. Even though the lawmakers are not keen on allowing mixing of cannabis and alcohol, non-alcoholic beers are still going to gather enough attention for the partnership to flourish.

While Constellation is establishing a foothold in the cannabis market to help their dwindling sales, Canopy Growth makes use of the new funds and expands to U.S. Just recently, it has acquired the rights to buy U.S.-based Acreage Holdings (ACRGF), once cannabis finally becomes fully legal in the United States. In this strategic move, Canopy has secured a distribution network over 20 states, and is ready for the push, when the president gives recreational marijuana a green light.

Sproutly Canada, Inc. (SRUTF) has made headlines when they have announced the acquisition of Infusion Biosciences Canada last year. IBC’s scientists have authored a technology to naturally dissolve cannabinoids in water, producing a clear and tasteful product. And that is big news in the oil-centric world of modern cannabis edibles.

With their proprietary Infuz20 technology, Sproutly aims to deliver a unique line of consumables to the market. While current marijuana edibles have an onset of up to 2 hours and last several hours, Sproutly’s drinks kick in after 5 minutes and recede after an hour and a half. This timeframe resembles more a smoking experience, and is much more sought-after than the somewhat unpredictable effects of regular edibles.

Innovations on this scale don’t go unnoticed, and at the end of April, Sproutly has announced entering into a definitive agreement with Moosehead Breweries Limited to form an exclusive joint venture to develop, produce, and market cannabis-infused beverages in Canada. The board of Moosehead praised Sproutly’s true-to-strain experience, that comes without the need of smoking the flowers.

Moosehead is the oldest Canadian independent brewery with over 150 years of experience. Their statewide supply chains are ready for a global rollout of cannabis drinks when the government legalizes marijuana consumables. With 140 million units of beer sold annually throughout Canada, Moosehead is prepared to add another premium experience to their roster and bring cannabis edibles to the hungry masses.

Even though the regulations south of the border are not as relaxed, some states have profited from legal recreational cannabis before Canada. Colorado is five years into legal cannabis, and the marijuana business is booming out there. As there is an increasing cannabis commotion all over North America, some of these ventures are preparing for expansion.

Among them, West Coast Venture Group (WCVC) shines exceptionally with their idea of combining two much-desired products – weed and burgers. By infusing burger bowls with medicinal CBD, WCVC strides to bridge the world of casual dining and cannabis, while tapping into a previously unaligned customer pool.

Their Illegal Burger chain of restaurants spans currently over 6 locations around Denver and is expanding rapidly thanks to their custom buildout model. Their outreach will be soon extended by an armada of food trucks. Being the fruit of WCVC’s partnership with North American Cannabis Holdings, Inc. (USMJ), they will bring an instant solution to munchies, provided at key locations near biggest cannabis dispensaries in Denver.

The 4/20 premiere of Illegal Burger’s new menu was a smash hit, with burgers selling out faster than top Black Friday deals. The EVERx CBD Sports Water provided by Puration, Inc. (PURA) is also in highest demand, as Illegal Burger clients buy it en masse. With technology allowing to retain more than twice the CBD of most CBD infused waters on the market, Puration is going to be a formidable opponent for Sproutly in the upcoming years.

As healthy lifestyles organize our routines and diets, people are less likely to reach for smokeable products in pursuit of their desires. For those looking for cannabis effects without the side effects of smoking, edibles are the go-to solution. With increasing number of solutions that try to smuggle cannabis essence within casual and everyday products, we can be sure that marijuana consumables will converge with countless markets, providing infused variations of many well-known goods.