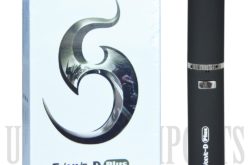 Vaporizers have been slowly gaining mainstream attention and are becoming popular in most cannabis communities. Its benefits have been widely received with great reception and have convinced most cannabis enthusiasts to switch to this electronic option. Vape pens are compact, lightweight, and are convenient to use. Most vaporizers allow loose-leaf consumers to easily pull-out a dry herb vape pen and puff out clouds of vapor without ever breaking a sweat. For me, it’s one of the best advantages of using an electronic vaporizer, no more taking out a pipe and making it known to the general public that you’re smoking weed whenever you’re out and about.

These electronic cigarettes offer a wide variety of benefits including an extensive temperature selection that’s mostly geared towards smoother and subtle hits. I agree that the idea of vaping is to bring out the most lip-smacking flavors and the most delicate essences that is inherent to your favorite dry herb strain. But what do you do when you want that hard-hitting, lung-ripping experience?

The Evolve D — The Good, The Bad, The Ugly

The Yocan Evolve D is not for the faint of heart, though small in size and minuscule in stature, the Yocan Evolve D can surely rock you out of your socks. It’s perfect for hard-core dry herb consumers who are used to the harsh and coarse consistency of smoke similar to hitting a joint or when toking through a pipe. In this review, we’ll look at one of the most deviant product from Yocan in terms of performance and in terms of power. Here’s how the Yocan Evolve D stacks up against the competition.

Arguably the best feature in its arsenal, the Yocan Evolve D is outfitted with a pancake-style atomizer that can easily turn vegetable matter into robust clouds with thicker viscosity. The unique build of its dual coil atomizer ensures that more surface area is covered so your materials are immediately set ablaze as soon as it gets into contact with the heating element. The sheer power of the pancake-style, dual coil atomizer can be seen as the herbs are immediately cherried after just several hits. This means that the loose-leaf material will continue to burn without having to fire the Yocan Evolve D continuously, this makes a more efficient means of dry herb combustion without having to sacrifice sheer, relentless power. The vapor or rather smoke output remains consistent throughout your session.

The addition of quartz to the atomizer component ensures the fastest heat-up time compared to other portable units. The pure qualities of quartz ensure that whatever flavor your clouds have is retained. Though the battery doesn’t offer variable voltage or temperature control, the power of the Yocan Evolve D ensures that consistent and thorough dissolution of your materials –whichever strain you’re using– is efficiently achieved.

In this aspect, many believe that the Yocan Evolve D is more of a “mega-toke” combustion pen rather than a vaporizer. Though this could often be looked at as a daunting feature to most health-conscious vape enthusiasts, it’s a well-received challenge to steadfast, diehard cannabis consumers who prefer the seemingly unbearable cloud output that makes them choke and cough.

The Yocan Evolve D also excels in the areas of portability, with a measurement of just 5 and three-fourths of an inch, the Evolve D lands reasonably in the palm of your hands. Its rubberized exterior makes it a pleasure to hold. It’s also easy to carry around comfortably weighing less than 0.30 lbs. It features a durable build that feels sturdy enough to withstand everyday use and a fair amount of carrying activity.

While the Yocan Evolve D delivers a substantial amount of power, it’s not without several shortcomings. For one, the Evolve D can only accommodate a limited amount of botanicals. If you’re the cherried herb fan, packing your herbs loosely will yield ephemeral sessions where reloading frequently might be required. It is recommended that you load just the right amount of herbs to get the best results. Conversely, packing your herbs too tight will result in an unbalanced burn as the coils on the atomizer are concentrated in the center. You would have to gently tamp the retractable mouthpiece to prevent a ring of unburned herbs around the edges of the chamber.

You would also have to clean the Yocan Evolve D in between lengthy and demanding vaping sessions, the air holes have a tendency to clog as the burnt materials charr and choke the airways.

Probably, the only ugly side of using the Yocan Evolve D is its resolute strength. The coarse nature of the vaporous smoke it produces might be too much for most to handle. Occasional coughing can be observed while toking with the Yocan Evolve D, especially for those who aren’t used to hot and harsh outputs. Though on the flipside, these rough vapors are sure to get you really high. The battery works perfectly well with the atomizer to produce a fine-tuned temperature level that’s designed to release the full potential of your dry herbs in terms of potency. The cannabinoids are released and extracted effortlessly in just mere seconds.

The Yocan Evolve D is made for the seasoned veteran who can handle his share of herb, the aficionado who looks for more than just flavor and the convenient vapors of the regular vaporizer. Its unrelenting and absolute heating is best used for cannabis strains that are high in THC, this perfect combination is the right formula for when you find yourself wanting to challenge your weed-tolerance. Enjoy the extramundane experience with the Yocan Evolve D.

The Yocan Evolve D at a glance bears an uncanny resemblance to its vaporizer brethren. However, the breadth of its superior performance and unparalleled functionality is demonstrated in the strength of its yield.

Check out this summary of Yocan D’s features.