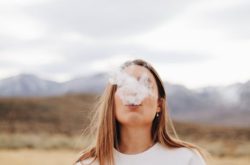 Ever since Colorado has legalized marijuana, people don’t seem to know the laws exactly. Can they smoke in public? Where can they smoke and how should they handle their weed. Colorado pot laws vary from Denver to other cities. Laws in vary for smoking in private in the public’s eye, which some cities don’t let. Each city and county still enforces its own laws.

If you are going to smoke in public, it’s best to do be discreet. It can often give a bad name to other marijuana smokers. It’s also respectful to not blow smoke in other peoples face who don’t smoke. It’s best not to smoke in public for a variety of reasons but if you must, there are ways to go about it.

Whether you’re a tourist or you live in Colorado, you want to know the law. Knowing the law is different than abiding by it so it’s best to abide by it also. Some people never cared about being discreet because they grew up in a household where marijuana was free to use. They didn’t have to hide anything or worry. This translates into being more open in public. Here are some ways to smoke discreetly through Colorado while still in public.

Vapes are not only the best alternative to smoking but it is also the most discreet. The design and shape of a vape pen is usually disguised as a pen. You can leave most of them on a desk and get away with it. Be care when traveling with a vaporizer since TSA might have some guidelines for you.

Although vapes will not mask the smell of dry herb or even be odorless but it can a way to combat the smell that smoking brings. To try to get a convection style heating method vaporizer. This will help you minimize the smell of the herbs because the marijuana doesn’t touch the coil directly. When the herbs touch the coil, they combust, in other words, turn into smoke. Smoke smells more than vapor because it’s thick. It also tends to stick to clothes more.

One thing to do if you want to have a quick smoke and be discreet is to smoke from a pipe. You can pack very little and hit a quick snapper. A snapper is a very small bowl that you can smoke in one hit. Doing this can help mitigate risk and dissipate smoke in between hits.

This can easily apply to chillums or one-hitters. Pack it in your small hitter, take a hit and put it away. Keep your smoke in through your inhale for as long as you can while blowing out very slowly.

If you don’t have an option of choosing a one hitter, go with a glass pipe. This can make cleaning your pipe easier. Try to consistently clean your glass pipe as that can easily reek of a bad smell. To clean your glass smoking pipes, use a pipe cleaner. It is a specially formulated cleaner that will through your pipe and make it look brand new again.

Using a person smoke filter like a smoke buddy isn’t going to be easy in public but there are mini versions you can get away with. Simply take a hit and blow into your smoke buddy. The smoke will disappear into the filter with no odor.  The old school way to do this is to ghost the hit. If you are smoking indoors, use an incense or an air freshener like ozium. A spray in each corner of the room should do the trick.