01Feb 2016 by Jennifer Irvin No Comments 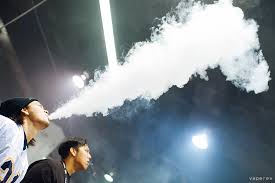 Lately, I’ve noticed a trend among marijuana partakers in Denver and the surrounding areas—vaping and smoking in public. So is it acceptable to do this? In one word, no. It’s against the law.

Not only is it illegal, it’s also fairly disrespectful, in my 40-something year old opinion. Look, I love a nice toke any time of the day, particularly when you get the right vape juice. But I understand that not everyone is into smoking marijuana. And as a result, they don’t want to see it in their faces all of the time. So I respect their decision of not wanting to be around pot. Well, that and the fact that it’s illegal in Colorado, according to the Drug policy of Colorado.

It seems many marijuana smokers do not realize or care that it is unlawful to vape or smoke in public. And it’s the same for medical patients as it is for recreational partakers. The fact is that under Amendment 64, you cannot use cannabis anywhere you are in plain view or in public places.

Many cities and towns are making it illegal to smoke or vape tobacco products or any kind of cannabis product. Edgewater was the first to do this in 2014, and other communities such as Lakewood, Fort Collins, Brighton, and Golden have banned vaping in public. Greenwood Village is the most recent community striving to make it illegal to vape in public.

I have recently seen many people blowing huge clouds of smoke out of their car while they’re stopped at a red light, right before they go into Freddy’s for a burger, and at the light rail station. Most of these people seem to be in their 20s or younger.

And the thing is, they are blatant about it. At the downtown Littleton light rail station a few weeks ago, two seemingly teenage girls were vaping and loudly exclaiming “how good this shit is!” I could only shake my head. Luckily for them, there were no RTD officers in sight.

A few weeks ago, I stopped in a recreational shop, and after I made my purchase I saw a restroom next to the check-in. Perfect, I thought. But there was sign on the door that said to give your purchase to the check-in clerk and to not take any product in the bathroom.

“Well, it’s just because a lot of people smoke up or do dabs in there,” the guy explained.

I don’t know why I was surprised, but I was. I have been smoking marijuana for more than half of my life and I can’t remember a time when I was blatantly open about it and smoked in public. Well, besides that TOOL concert.

My whole point is this: Smoking or vaping in public is illegal, and there is also a time and a place for everything. Don’t partake for all to see simply because it is legal to buy and grow marijuana.

Here’s a rundown of popular general places and whether or not you can/should smoke or vape.

State parks? No. They are federally-owned. No other explanation needed.

Walking down 16th Street Mall? No. Just, no.

In the parking lot at Southwest Plaza? No, especially when you are in your car and it’s the only one on the lot.

Driving down that little side street by your house? No. Pot consumption is basically considered to be the same as alcohol consumption, so be prepared to face the dire consequences if you happen to get pulled over.

In your home, or maybe sitting on the porch of your home? Yes. This is not in public view. You’re enjoying cannabis in your own home, which is legal. And still fun, I promise!