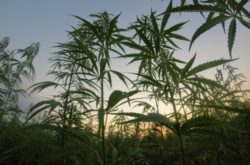 The future looks green. The cannabis industry is already worth billions and analysts are expecting it to be a $57bn market within the next decade.

Governments across the western world are slowly legalising both medical and recreational cannabis and this is creating ready-made markets made up of millions of users just waiting to be sold to! This demand has sparked a Wall Street led ‘green rush’ as investors begin their search for the companies that have the potential to make them millions of dollars over the next decade.

The number of cannabis companies that have received investment from venture capital is too long to list here but Below we list three companies that we expect will be a household name and listed on a major stock exchange within the next ten years.

Canopy Growth is one of the largest cannabis conglomerates in the world and is expected to be a major winner of the legalisation of recreational and medical cannabis.

In their quest for market growth, they have acquired over a dozen cannabis-focused companies but one purchase that got Wall Street particularly excited was its purchase of Storz & Bickel for a disclosed sum of  145.

Storz & Bickel are known across the globe for designing and manufacturing some of the world’s best performing cannabis vaporizers. Last year in the UK, The Crafty was one the best-reviewed vaporizers with critics praising the technology and vapour quality

Such is the high quality of their larger vaporizers that both The Mighty and Volcano are recognised in Israel and Canada as medical devices.

Commenting on the deal, Peter Popplewell, the CTO at Canopy Growth praised Storz & Bickel for having “literally invented the vaporizer market.” Canopy Growth is hoping to leverage Storz and Bickel’s expertise to design a new range of vaporizers that will be accepted into Canada’s burgeoning medical cannabis industry.

Due to increasing public awareness and acceptance, the CBD industry has gone from a blip to one of the hottest investment opportunities. Analysts are expecting its value hit £22bn by the end of the year.

Unlike the more infamous THC, CBD has no psychoactive properties but it does have numerous medical benefits. As a result, national medical bodies across the globe have adopted CBD to treat a wide range of both mental and physical disorders.

Charlotte’s Web was named after Charlotte Figi who suffered from daily seizures due to epilepsy. After doctors exhausted a number of treatments her parents decided to experiment with CBD after seeing a video online and it worked.

Today, Charlotte’s Web is the biggest CBD company in the globe by market share and Wall Street analysts are expecting the company to list to a major stock exchange by 2020.

Florida boasts a temperate climate and an ageing population; perfect for any company looking to grow and sell medical cannabis.

Liberty Health Sciences are a Canadian owned company that grow cannabis in the USA. It is only one of 14 companies with a license to grow cannabis in Florida which has one of the best climates for cultivation.

It is currently in the process of constructing a 225,00 square foot cannabis farm which will eventually be the largest in the State. Liberty currently controls 15% of Florida’s medical cannabis market and hope with their new farm that they’ll increase this to 25%.

Thanks for subscribing! Please check your email for further instructions.