The Marijuana plant has gained popularity in the recent years the popularity can be associated with people in the recent past having a total understanding of the differences between the different Sativa varieties we have out there. They have come to learn about the difference between Sativa hybrid brands and Sativa Indica many people have also come to realize that Sativa strains are great for use during the day time and that they are good for high without the drowsiness which is associated with indicator species. Each subclass can be purchased at the best dispensary in Phoenix AZ.

Possibly with hundreds or even thousands of cannabis strains available to choose from, it can quite be a challenge deciding which one to choose. The cannabis plants differ about growing habits, size, light needs, whether they do well indoors or outdoors and their temperature preferences. This is essentially why we have provided you with a list of Top Marijuana Strains of 2017 to help you in making your selection. 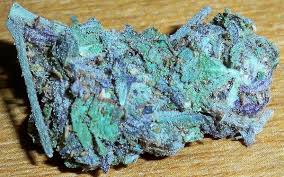 The most dominant marijuana strain we have is the Blue Dream; the blue dream strain has a THC and CBD content ranging from 15-25% and 0.1-0.2 subsequently this strain is also referred to as Blueberry Haze first created in the year 2003 in Santa Cruz California.

The strain came as a result of a cross between the Sativa Haze and Indica Blueberry; basically, this is where the strain derived its name from. The origins and lineage of this strain can also be traced back to Mexican strains, Thai strains, and the Afghan strain. It is technically considered a hybrid and the most dominant Sativa strain in 2017.

The girl scout cookies has a THC content of 17%-28% and a CBD content of 0.09-0.2% respectively; it is in itself a cross between Durban poison Sativa and the OG Kush which is a hybrid also. It is one of the most popular strains of 2017 a fact attributed to its nature where it thrives well under indoor conditions.

The Girl Scout cookies are popular among user it comes out strong creates an eve body and mind high for users. It has recorded cases of complete euphoria, cases of mild psychedelic and a high that last longer than the rest of the strains available as its only shortcomings.

The origin of the sour diesel is not well known though it can be traced back to the 1980s and 1990s as the time it came first into being. It has a THC content of 19-25% while its CBD content ranges between 0.1-0.3% it is identified popularly and distinguished from the rest of the strains with its fuel like the smell of the flowers and from where it derives its name from.

In addition to its pungent smell, the sour diesel is identified by its vibrant red pistils on its buds; another feature is that the strains have a high that primary felt in the head with users often complaining of an upward shift in their mood as the negative side effect of using this strain.

The pineapple express is known to creeps users slowly starting as a mental high but eventually ends with a mild of perception. Users have also recorded instances of psychedelic effects. 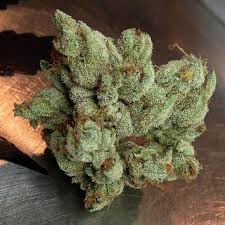 The origin or lineage of the OG Kush is not well known however the common theory behind its origin is that it is a cross between chemdawg and the Hindu Kush. The OG Kush has a THC content of 19-27%, and a CBD content of 0-0.3% The OG Kush high is known to cause a significant upswing in the mood, and as well it is known to be a bit energizing. It is a great strain for setting moods for social settings such as concerts and parties. The high has euphoric effects that are good for people with cases of anxiety and depression.